The nbn™ rollout to Lennox Head, Skennars Head and parts of Ballina was originally due for April-June 2018, but now they are revised to January-March 2019. Does this mean we may be getting FTTC instead of inferior FTTN? Let’s hope so!

If it will be FTTC, what does this mean for us in this beautiful slice of paradise?

Fibre to the Curb means exactly what it says: it will see nbn™ deliver fibre all the way to your street. 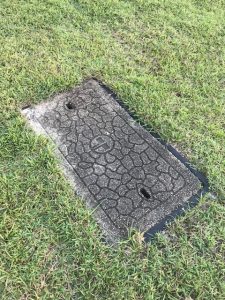 FTTC should be better (than FTTN) as it uses less copper, which is a good thing.

And in a coastal area less copper means less effect from the salty, humid, wet conditions. Copper lines and connections soaked in salty saturated air and water do not play well together! Hence why there are so many ADSL issues in coastal areas!

But some copper is usually ok, great speeds can still be attained.

Our view is that most of Australia should have been marked as FTTC with WirelessNBN being used to service truly remote rural areas that don’t have copper services. Rather than the obscenely costly*, disruptive, project creeping mix of technologies we are encumbered with today: FTTP (to 93% of premises), WirelessNBN, Satellite, and then the addition of FTTN and FTTdP (after they realised FTTP to 93% of the population in this massive country of ours was a silly and cost prohibitive idea, not to mention the disruption to property by digging trenches in driveways to lay fibre!)

If FTTC were rolled out from the start to everyone it would have been so much faster and cheaper to do. Then phase 2 could have been an upgrade making most connections FTTP. And for anyone that wanted to fast track phase 2, there could have been an option to pay for the last piece of fibre to be laid from the pit to your premises. Or wait for phase 2 in due course once the NBN was actually making a return on investment.

*In 2007 the nbn™ network was initially estimated to cost A$15 billion including a government contribution of A$4.7 billion. This was simply wrong and not correctly budgeted, planned or honestly communicated to the public. It was purely about politics and not at all about finding the best solution for Australian internet. The cost (with reduced infrastructure) is already around $50 billion and counting…

Will we really get FTTC? 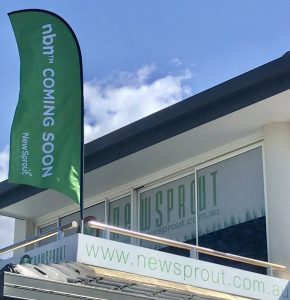 At this stage Lennox Head, Skennars Head and parts of Ballina are still marked for FTTN. But the push back in rollout dates suggest they may be planning for FTTC. At least this is what we hope for!

What can we all do?

As Ballina’s Deputy Mayor – Keith Williams commented in the Echo on 4th May 2018 “…everyone in the area to go to the NBN website, check what the rollout plans are for your house and if it says Fibre to the Node, let NBN Co know that it just isn’t good enough.” We agree…every voice can help so do this now!

If you don’t bother and there is widespread community apathy then don’t grumble if we get the second rate FTTN.

Be the first to know of new updates and special offers.

You have Successfully Subscribed!

Has your modem been fried by lightning? If less than a year old, we'll replace one of our NewSprout supplied modems free of charge. Just another reason to use us.

Need help with your internet or web hosting? Get in touch with our expert team and we'll help any way we can.