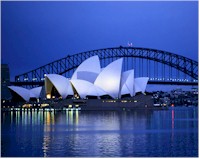 Are you based in Sydney or the surrounding areas?

If so it is important for your website to be located and hosted on an Australian based website server.

We provide you with web hosting and technical support based in Australia!

If you’re in Sydney why should you care whether your website is located on a hosting server in Australia?

We offer the best website hosting for anyone in Sydney, guaranteed!